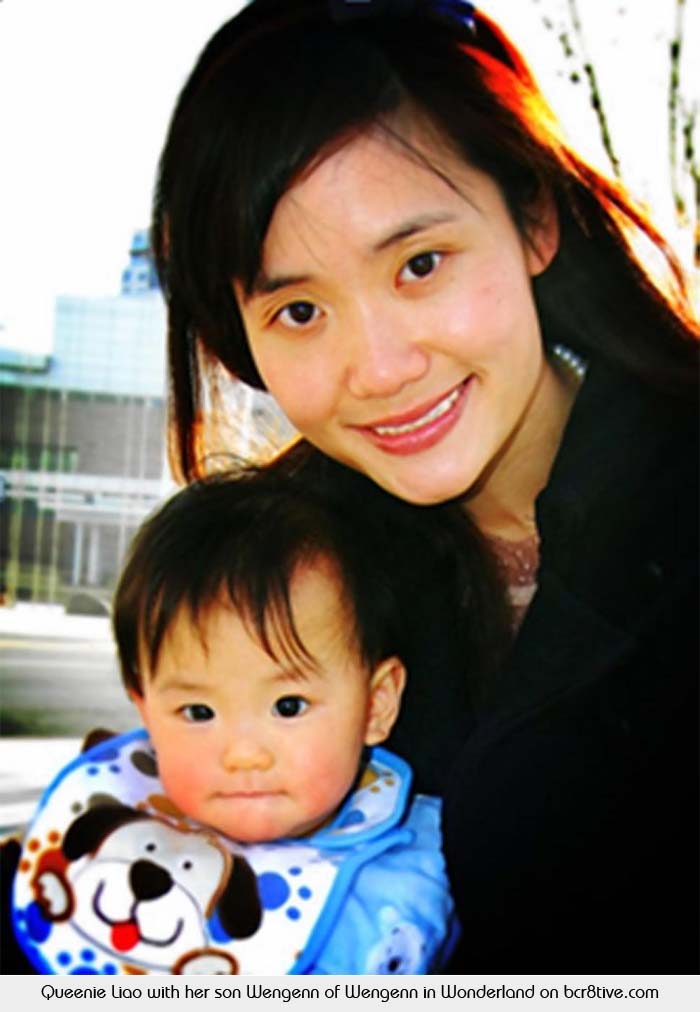 These unique baby photos are born in the rich imagination of Sioin Queenie Liao, a free-lance artist and Mom of three boys, living in California. Queenie enjoys creating artwork that focuses on her children. She was always interested in photography, initially starting out as a nature photographer and training her natural eye for a great composition. When her son Wengenn was born, she turned her attention to taking pictures of him. Queenie credits having taken inspiration from artists such as Anne Geddes and Adele Enersen, but she has ventured beyond their bodies of work and added her own unique perspective to the art of fantasy baby photography in inspirational ways.

As a child, Queenie indulged herself in classic fairy tales and spent her time rereading her beloved stories and immersing herself into the beautiful illustrations. She read them over and over again like we play a favorite song. Those stories ultimately manifested themselves as a well of creative inspiration for her baby photos and became the foundation for the multitudes of artistic scenes she wanted to try out. She’s a veritable well of imaginative ideas!

Queenie would imagine her son being the main character in one of her favorite tales. In the next step she would construct a fantasy background setting with plain clothes, stuffed animals, and other common household materials. After Wengenn fell asleep, she would place him at the center of the theme and start taking pictures. Her vision was to create a series of photos portraying him exploring his imaginary and enchanting fairytale world. It’s quite a grand vision!

Today, Queenie has over one hundred photographs to her credit. Each portrays a cute little story of Wengenn in his journey of adventure. Queenie ultimately combined them into a storybook album called “Wengenn in Wonderland.” A Chinese version of her book; “Sleepy Baby – 可愛寶貝的扮裝寫真,” was published in Taiwan in July, 2012. The book provides step-by-step details of how some of the pictures were taken, as well as how other artistic crafts can be made out of creative baby pictures. An English version of the book is currently underway. 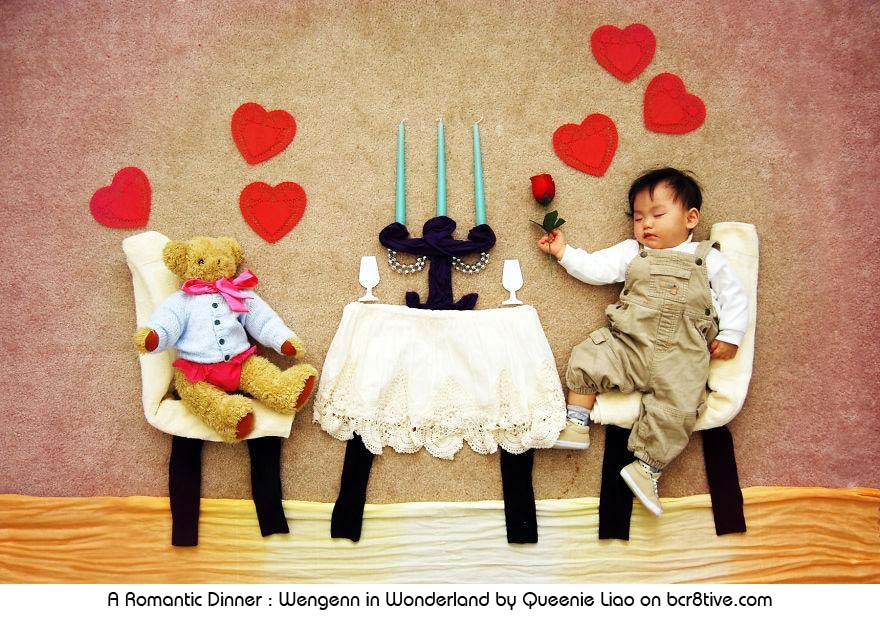 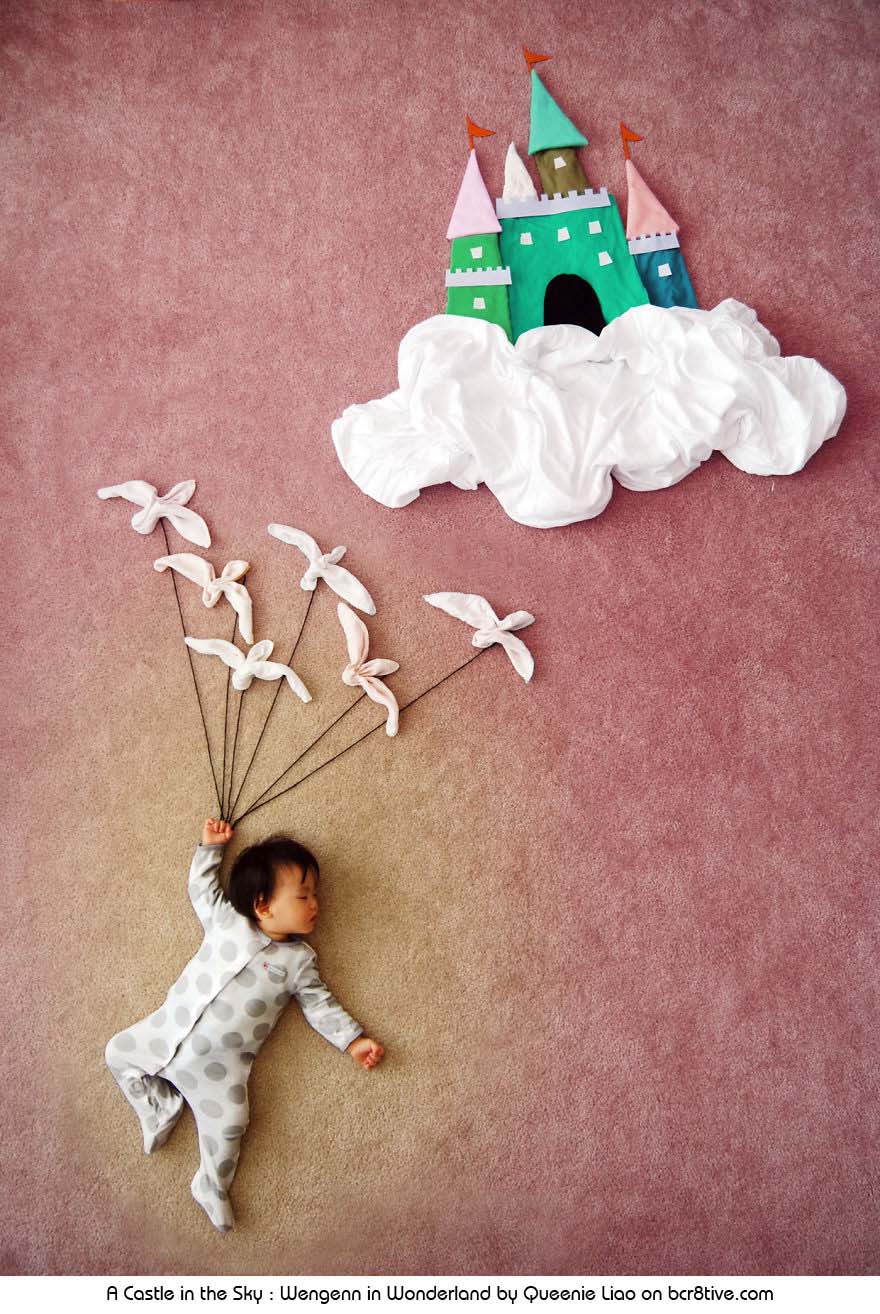 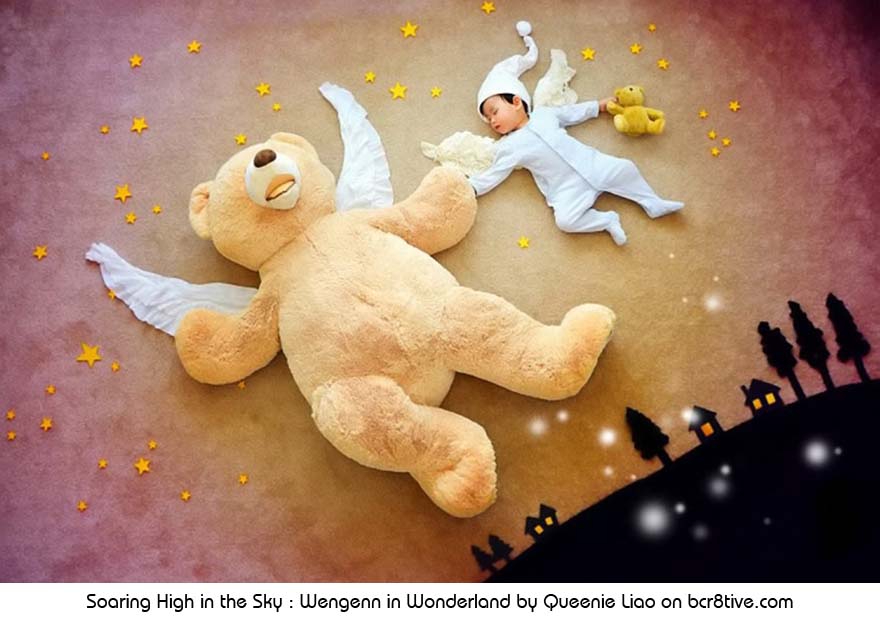 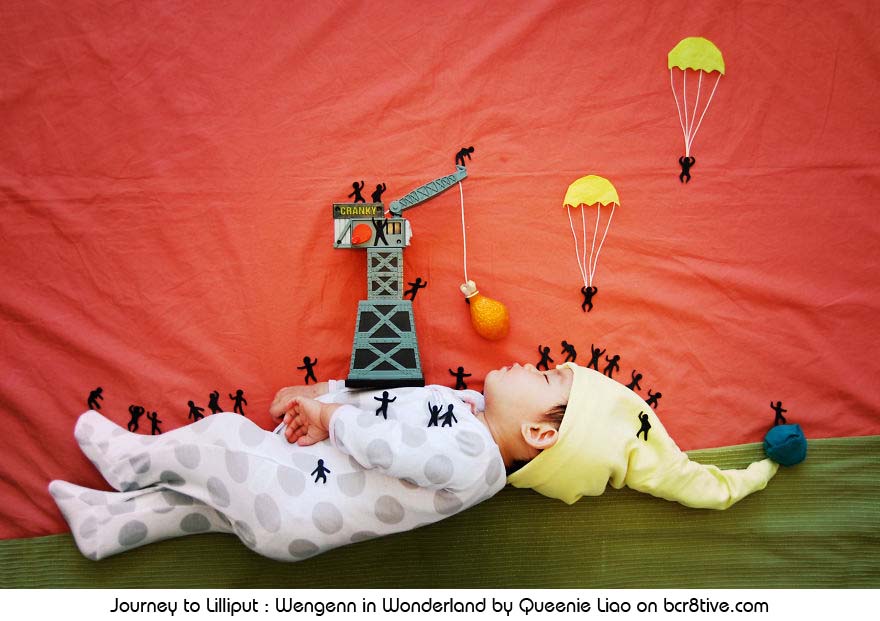 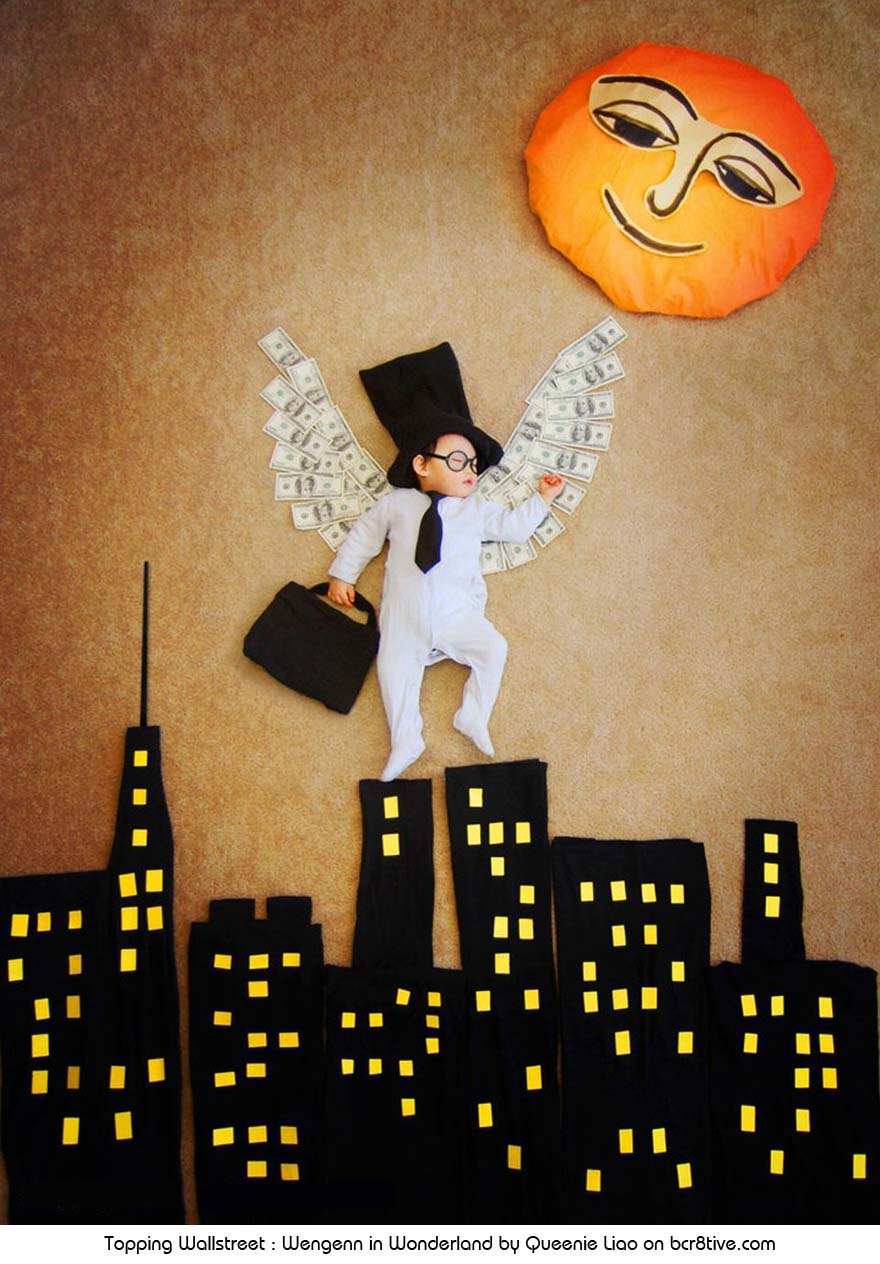 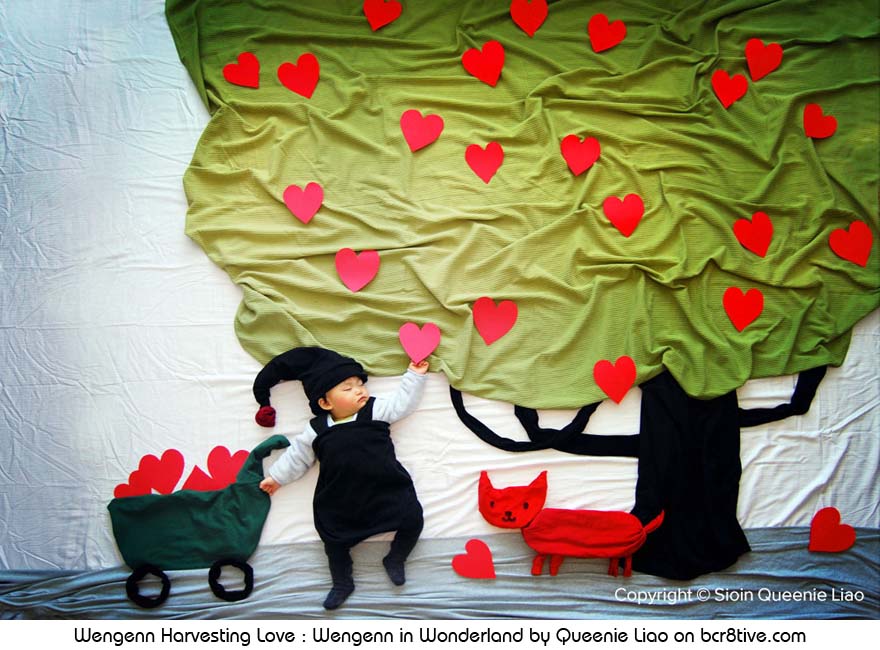 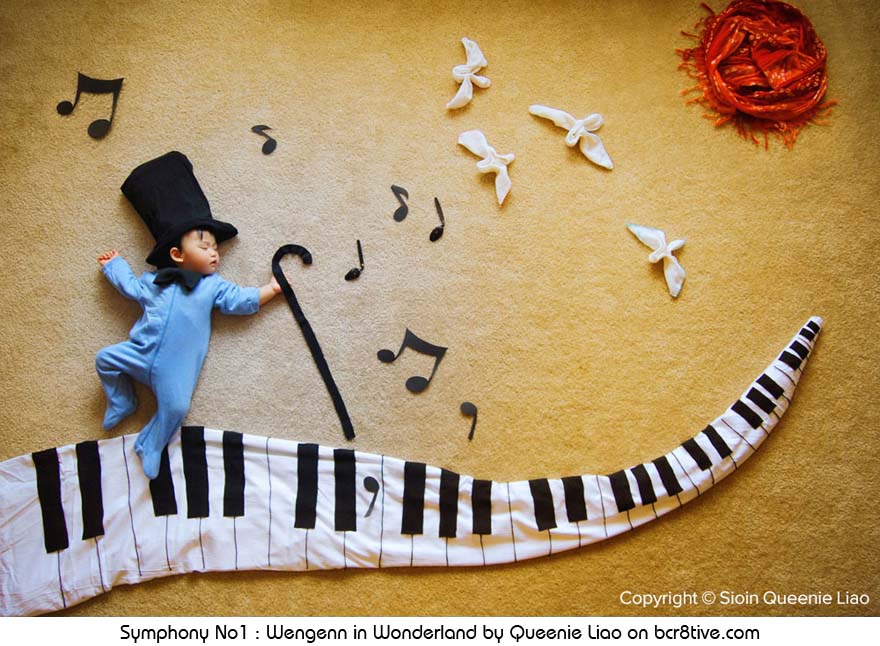 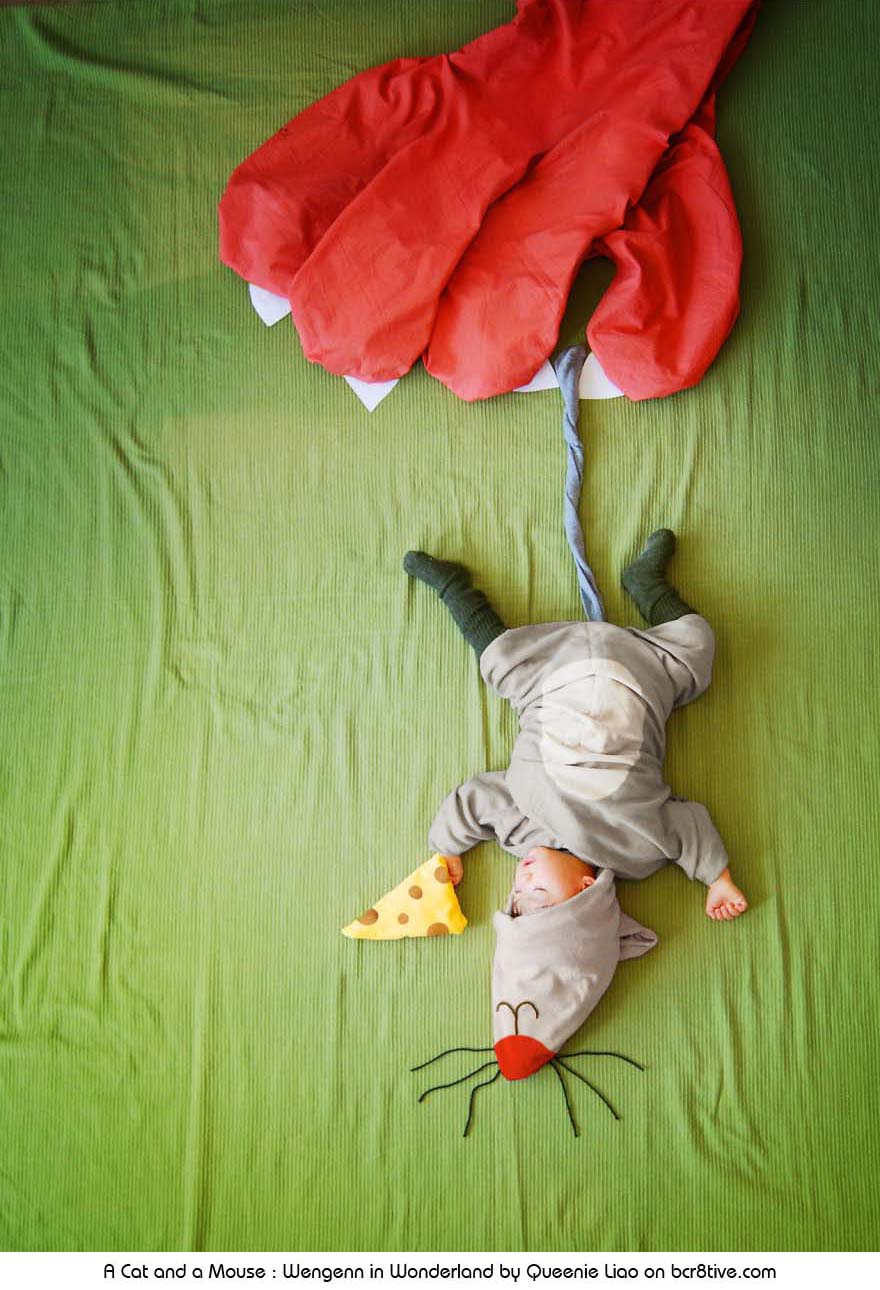 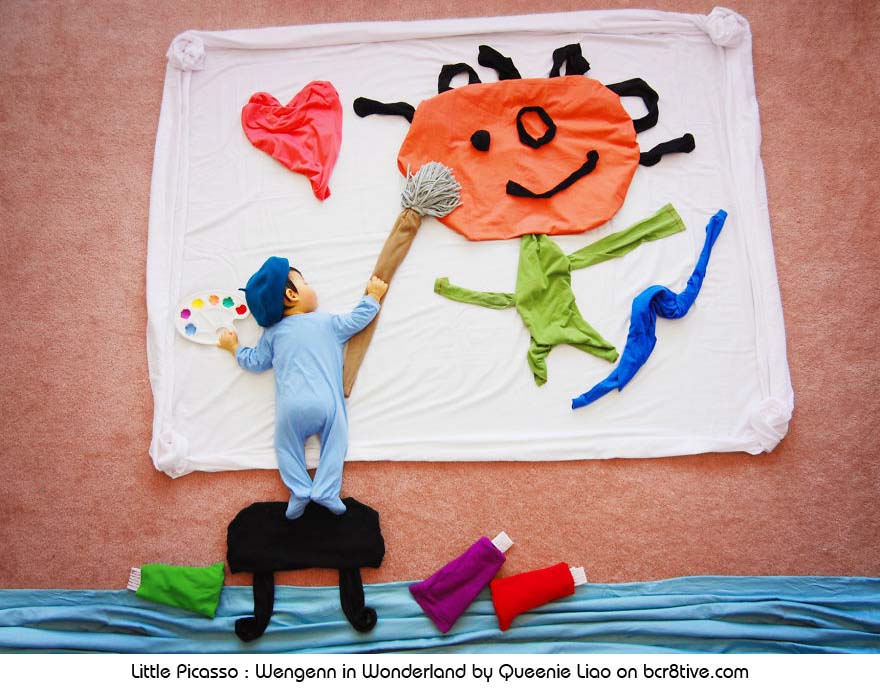 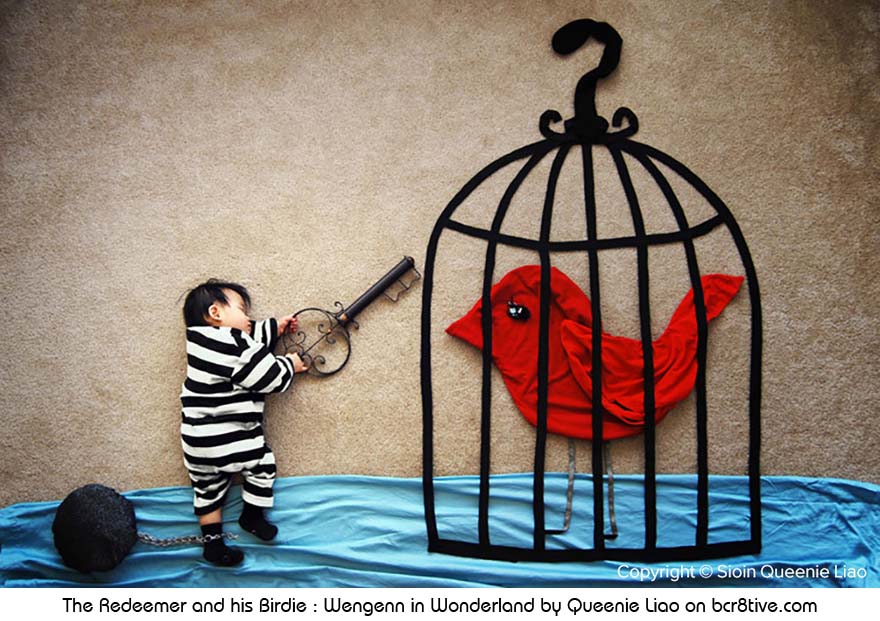 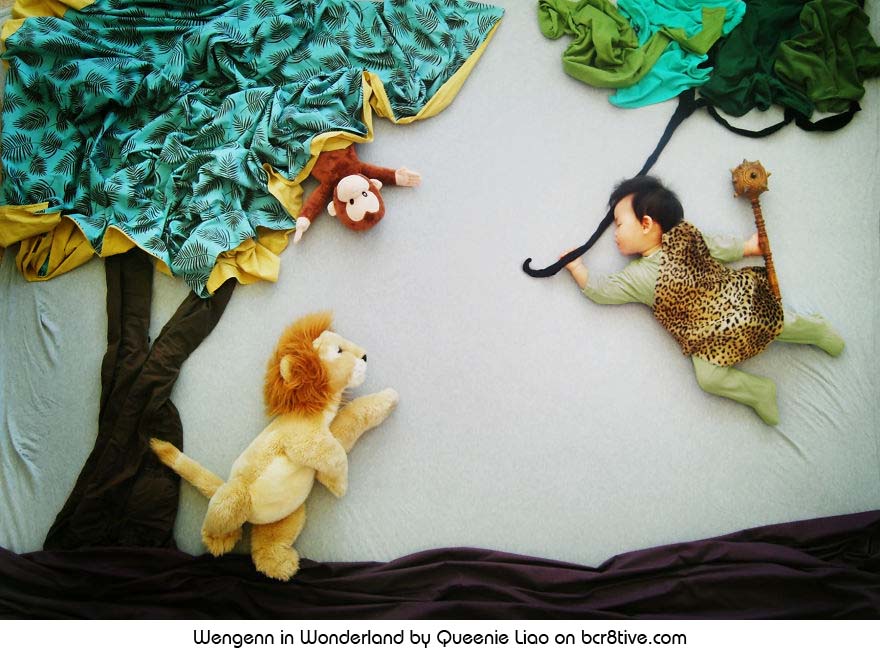 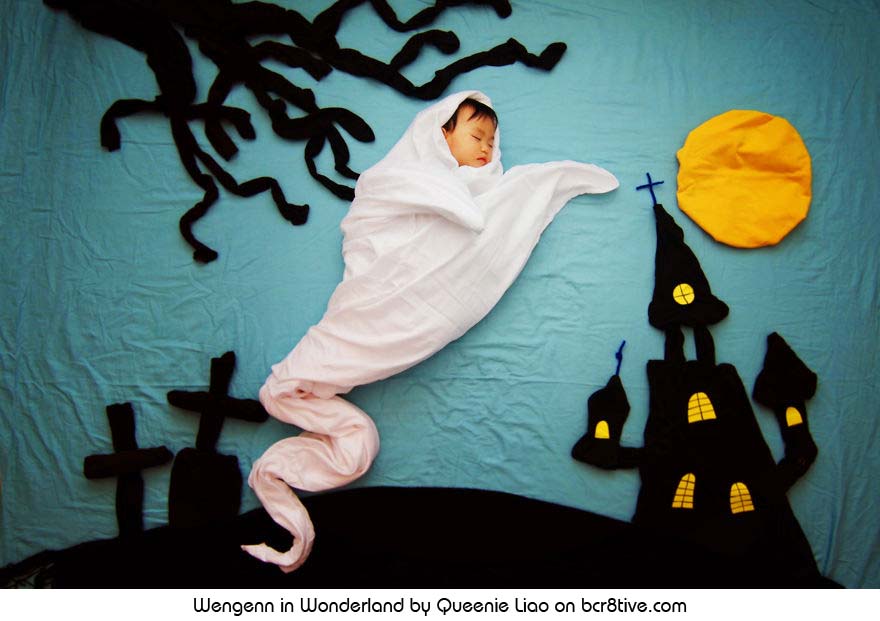 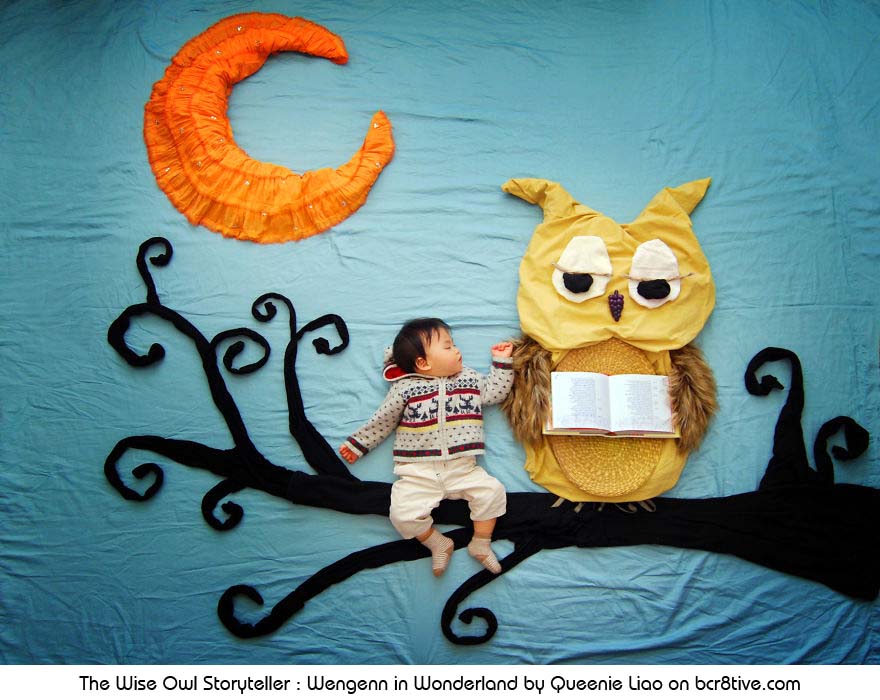 Wengenn is 4 now, but he is still modeling for Mom’s photos, he just prefers to do them awake. 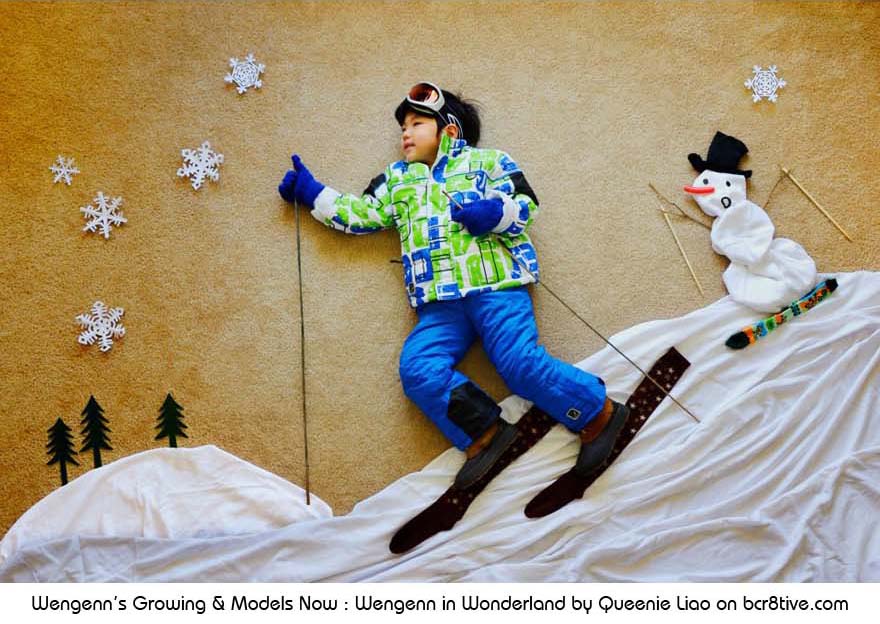 See the Terms of Use for Rules on Sharing Our Content
bcr8tive June 9, 2014 Creative Photography, Design, Portrait Photography

One Response to "Creative Baby Photography"