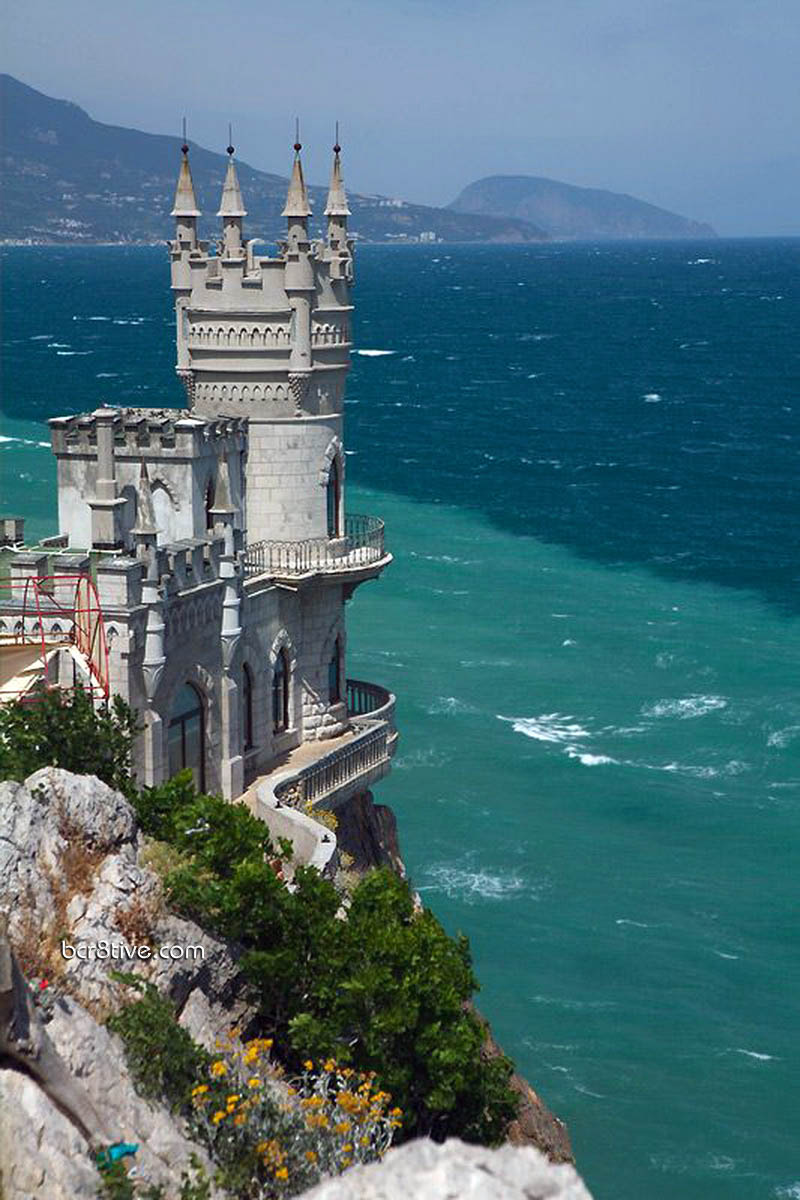 The Swallow’s Nest Castle (also known as the Castle of Love) is located between Yalta and Alupka on the Crimean peninsula in southern Ukraine. Built between 1911 and 1912, on top of the 130 ft high Aurora Cliff, by the Russian architect Leonid Sherwood. The castle overlooks the Cape of Ai-Todor, with a spectacular view of the Black Sea. A relatively smaller castle as far as castles go, it boasts a large history as well as being an enormous tourist attraction for the area.

Read more about the Swallows nest Castle on Wikipedia