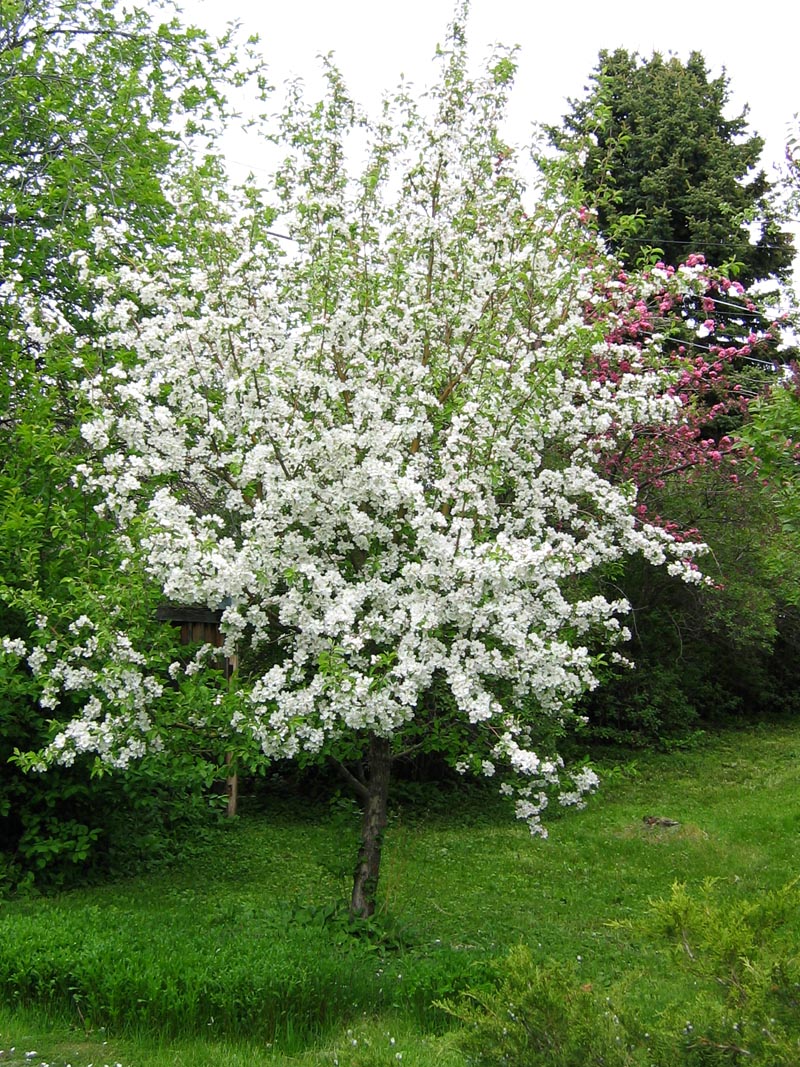 Once, when I was much younger and still lived in New England, one of my first apartments was on the top floor of an 80+ year old house in an old Italian neighborhood. The house sat at the end of a dead end street that was at the top of an exceptionally high cliff, overlooking the town below. The cliff itself was so high that when standing in the back yard and looking straight out, we were eye level with the highest floor of a tall high rise building down below. From my bird’s nest type location, I had quite an amazing view. The neighborhood itself was on top of one of the many hills in that area and had many vintage charms. We had local bakeries and delis within walking distance and neighbors who were accustomed to gardening for some of their own food and canning for the winter. Neighbors looked out for one another and would share the abundance of their gardens with each other. There was never a shortage of tomatoes in summer! My memory of that time was of feeling rather safe and comforted in that neighborhood despite the fact that my apartment didn’t have many modern conveniences. 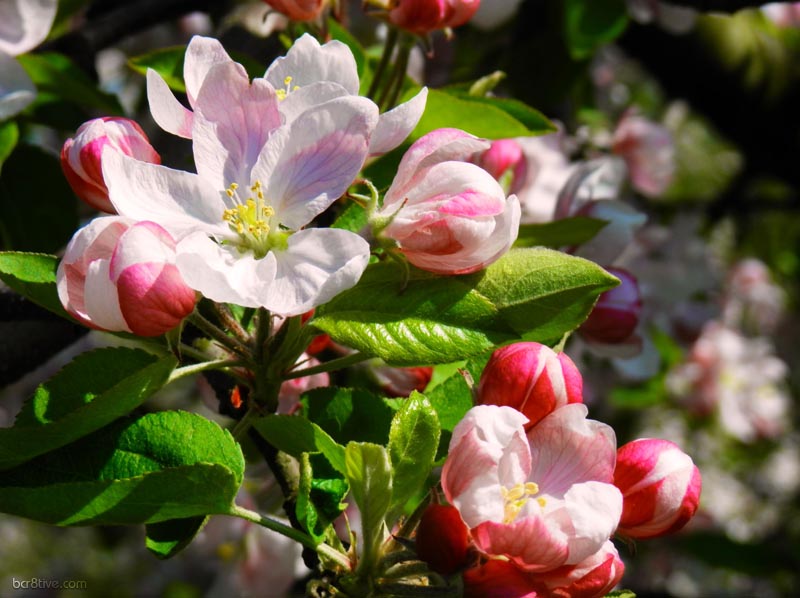 The house was situated on a fairly large lot, about 2 acres, with approximately half of it covered by woods that bordered the cliff edge. The home had been owned by generations of an Italian family that had farmed the property with fruit trees and wine grapes.  One of the fruit trees was a huge apple tree that grew just outside of a wide picture window in my bedroom, which faced the cliff view. The tree was tall enough to reach as high as the top floor of the apartment and in the spring, the view was obscured by a living painting of apple blossoms. Spring flowers in New England were one of my favorite times of the year. I’m always nostalgic for the flora that grows in colder climates. The crocus that peeks through the snow, the apple blossoms, the mesmerizing perfume of lilacs and lily of the valley. I’ve many memories that I associate with gathering bouquets of those flowers from even my early childhood. Somehow, at least then, there were always large wooded lots where you could go and pick them freely (if you knew where to look, and somehow I always did!) I’m in a tropical climate now but I enjoy reminiscing about those days and I genuinely appreciate these photos as well as the oh-so-creative idea that I found by the blogger that invented a way to crochet apple blossoms and buds! They’re so feminine and I think they’d make a gorgeous and ultra feminine afghan. Apple blossoms have a unique fragility about them yet an indelible strength in that they always coalesce into a fully formed and edible fruit. They’re also a natural attractant to honey bees and we need to keep them around too. I love the palette, the bright whites and cherry pinks against the dark contrast of the green leaves with a tiny bit of baby yellow. I find them inspiring and would even enjoy painting some. 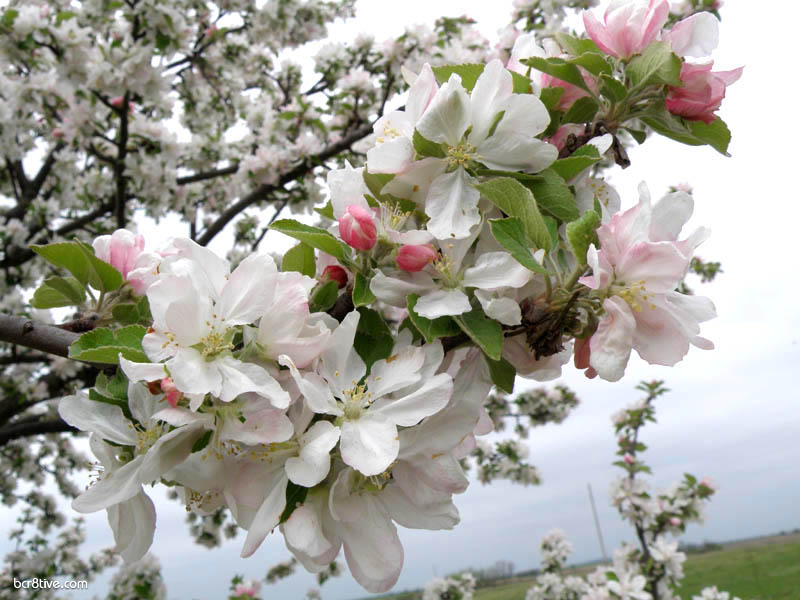 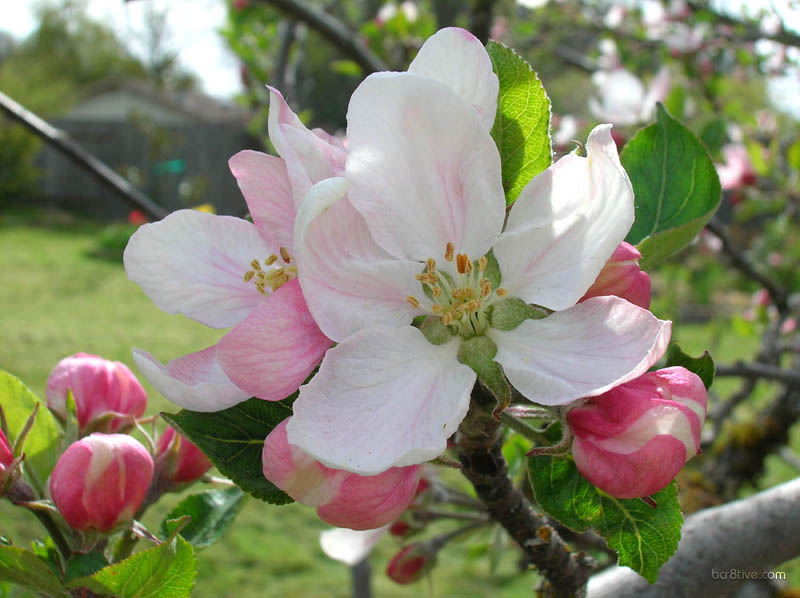 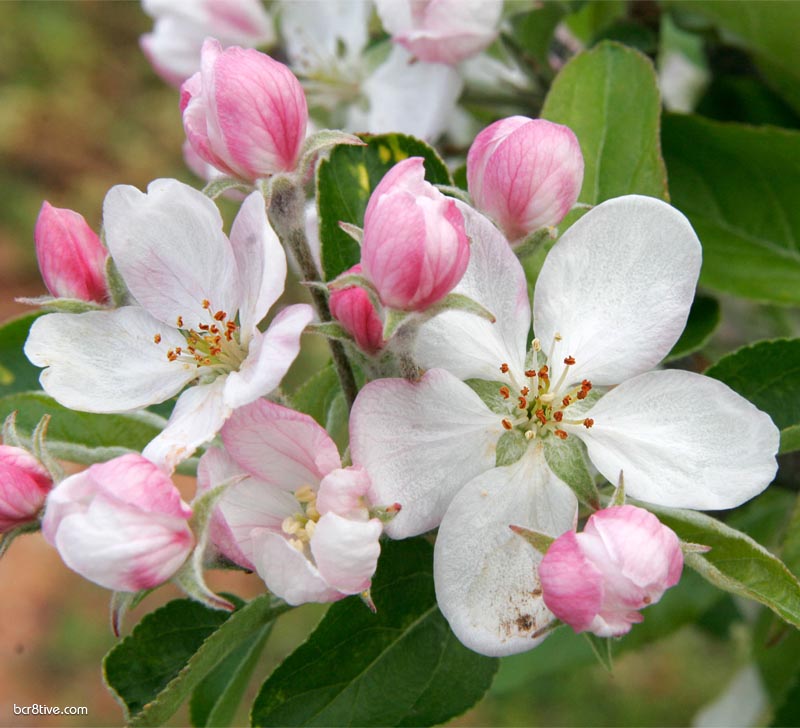 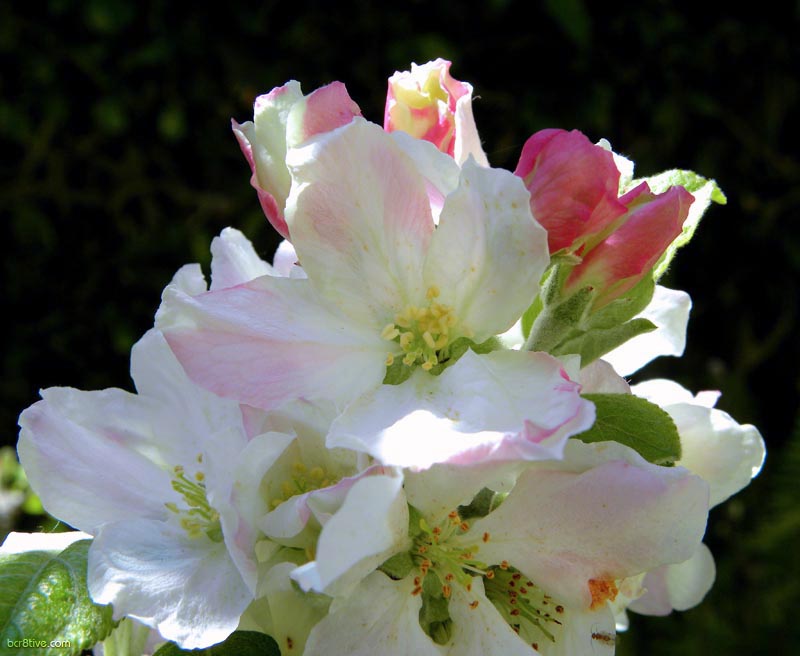 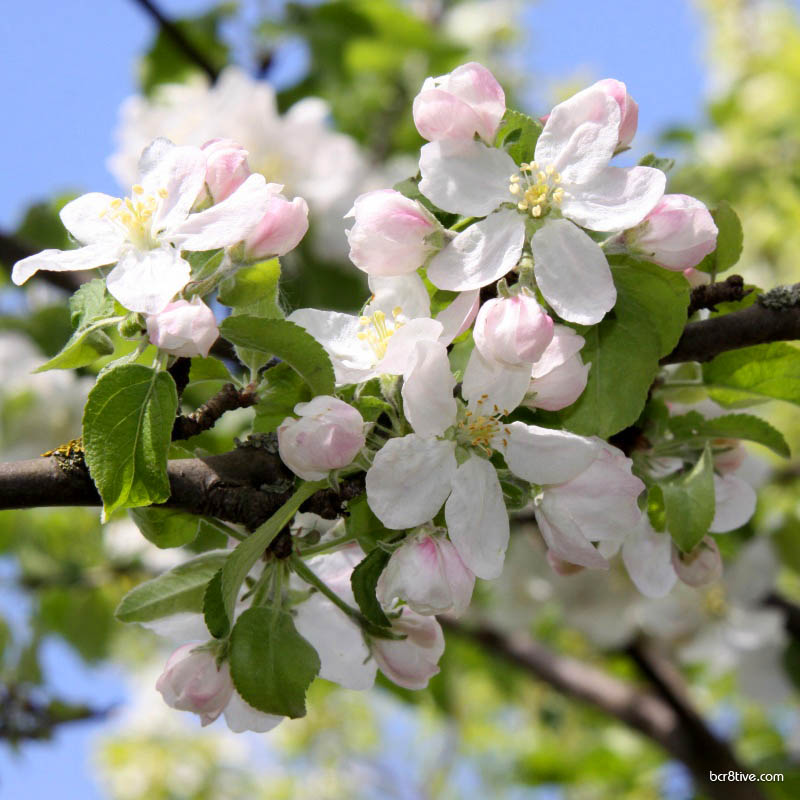 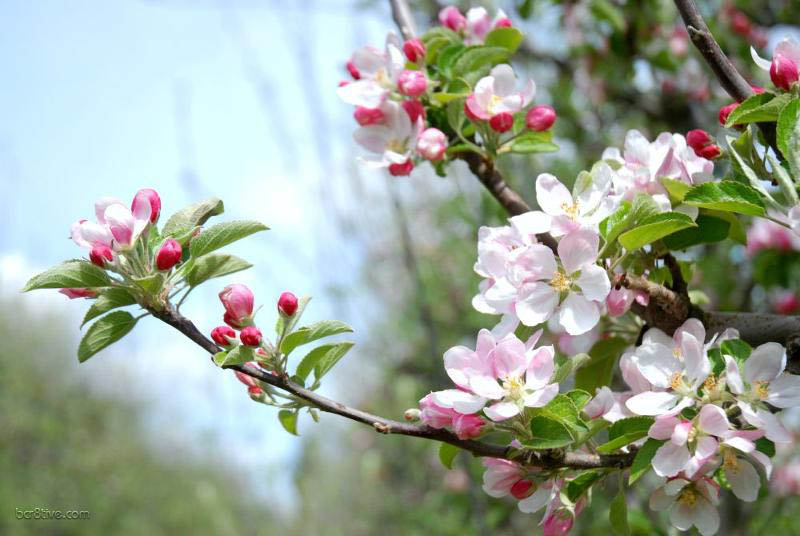 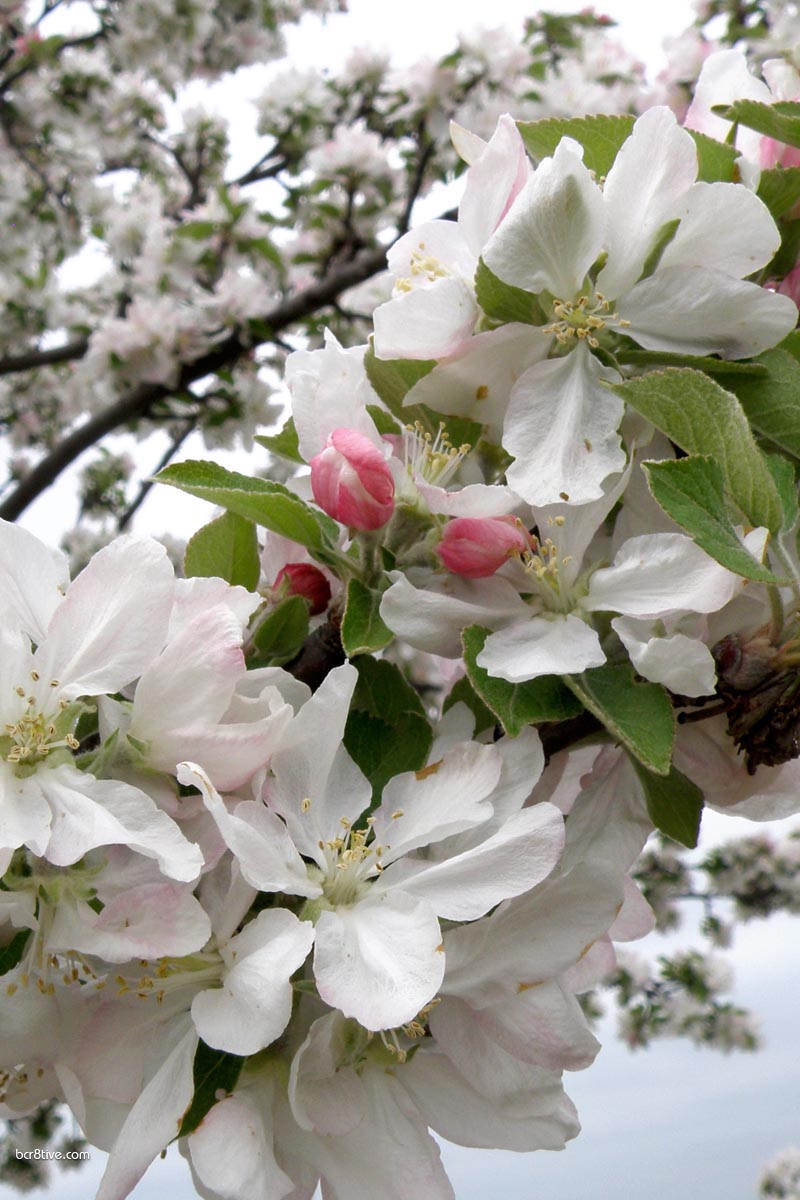 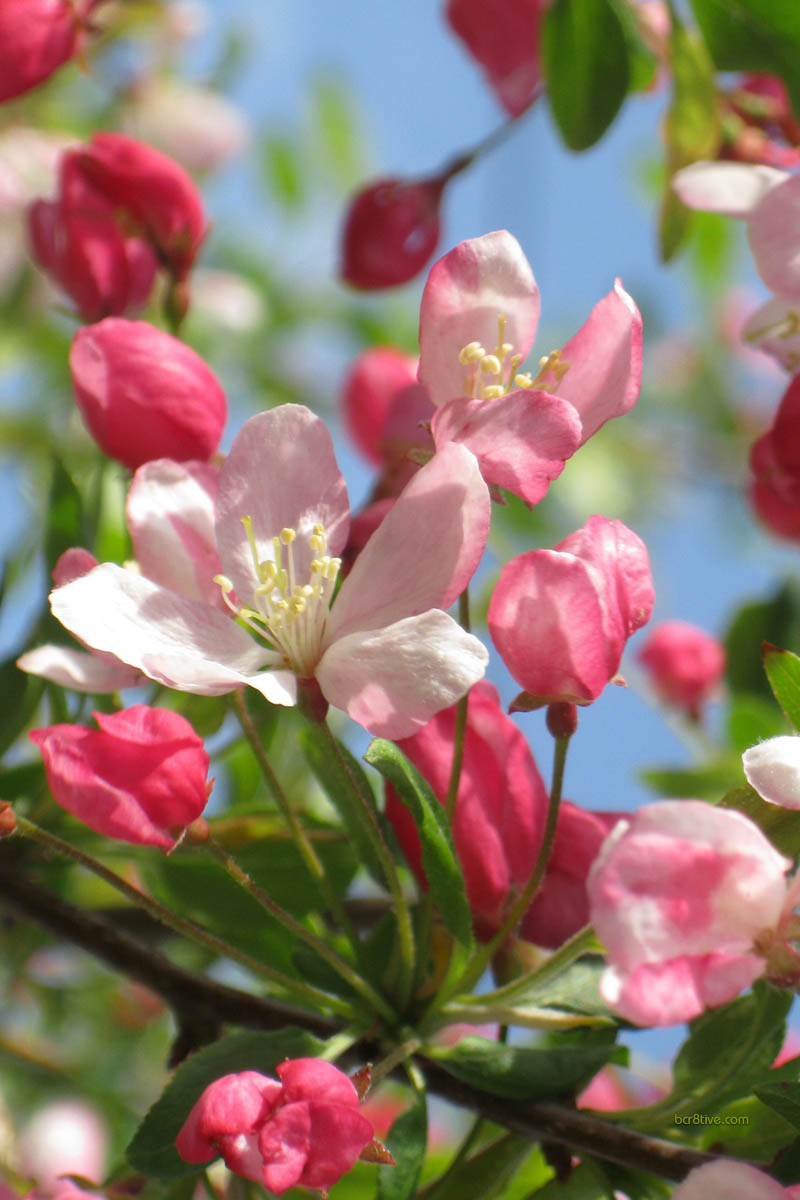 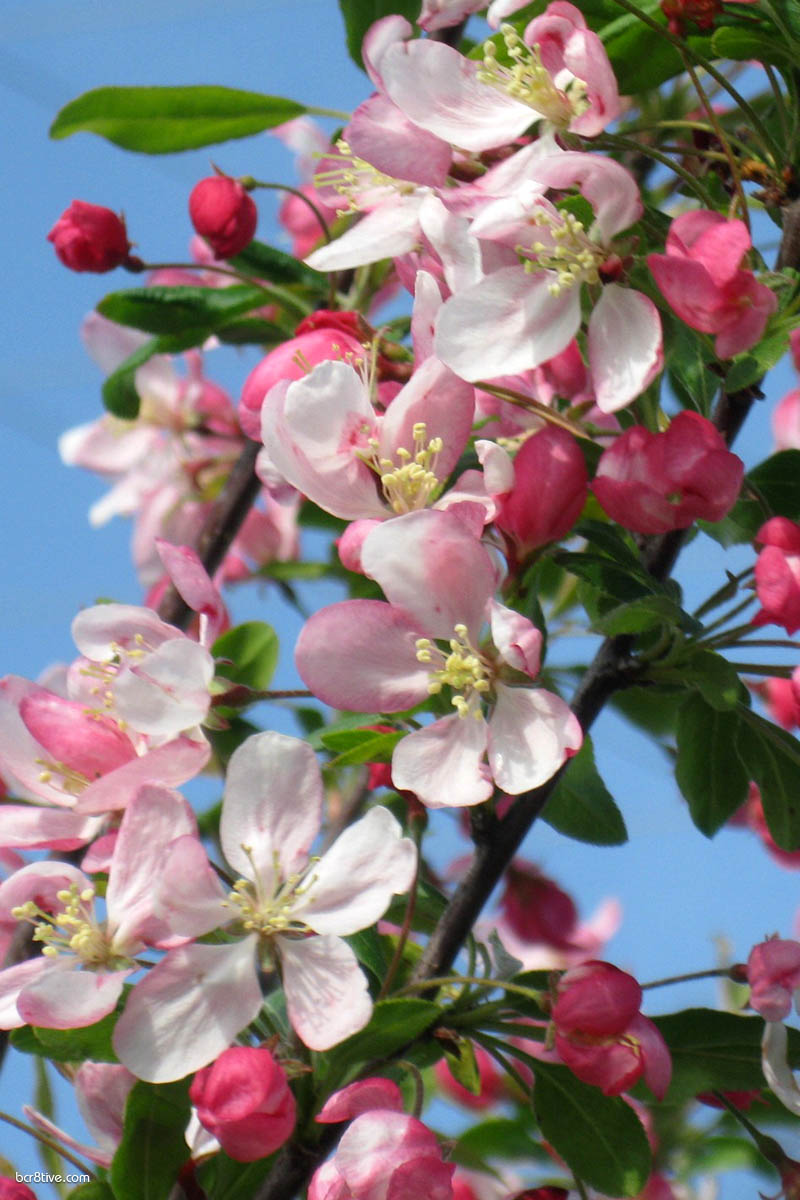 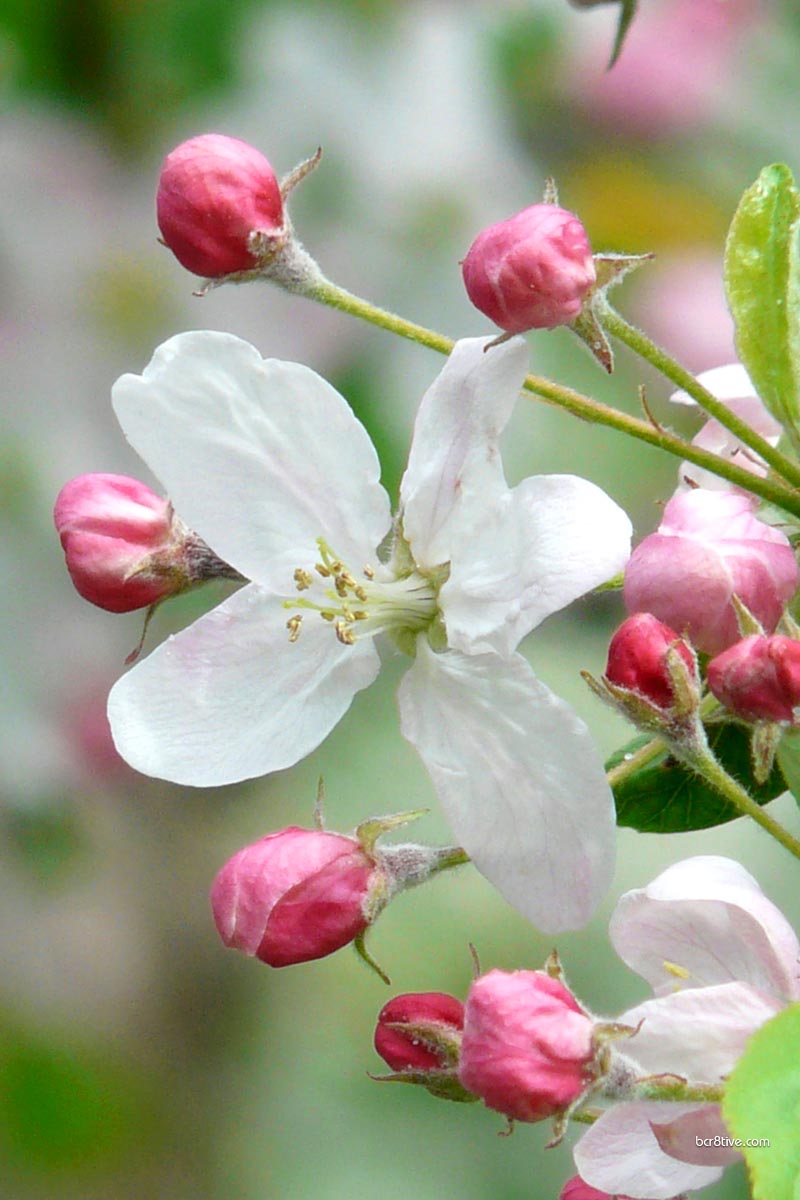 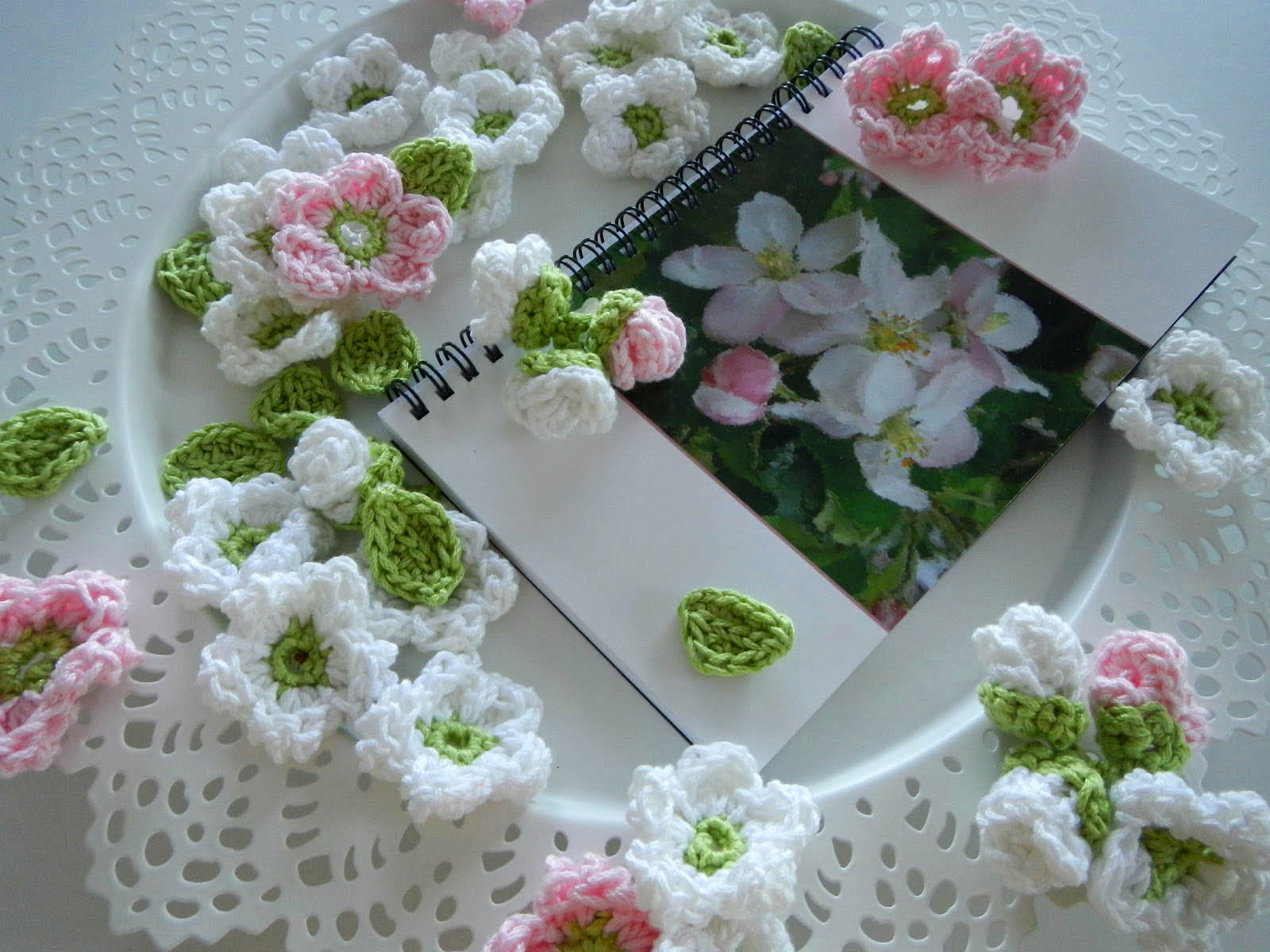 Stitch Instructions for the Crocheted Blossoms

Pattern from 100 Flowers to Knit & Crochet

Do you have a special memory of a flower from your past? We’d love to hear about it. Tell us a about it in the comments below.